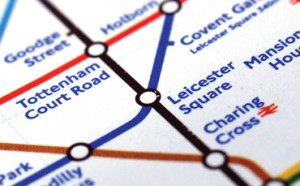 The London Underground rail network, or “the Tube” is a great way to travel to and from Central London and will be an integral part of most people’s stay in the UK capital.

London’s famous red buses are a quick, convenient and cheap way to travel around the city, with plenty of sightseeing opportunities along the way.

Traveling by river is a great way to get around London. You’ll beat the traffic and soak up some fantastic views along the way!

Thames river bus services are popular with commuters and visitors to London alike. They are faster and more frequent than other river tour services and some boats have refreshments and Wi-Fi. They also offer an opportunity to see London’s famous landmarks from the water; but unlike river tours, they generally do not offer commentary.

River buses are the great value and serve six different routes with destinations between Putney and Woolwich Arsenal.

From iconic London black cabs to local minicabs, we’ve got all the information you need to help you travel around London by taxi.

Complete your London experience with a ride in one of the city’s black cabs. London’s official taxis, black cabs can be hailed in the street or at designated ranks situated in prominent places, including many mainline rails, Tube and bus stations. They can also be booked by telephone.

Ride the Emirates Air Line, London’s cable car, across the Thames. Enjoy great views of London as you travel between Greenwich Peninsula and the Royal Docks.

You can use Oyster pay as you go or buy Emirates Air Line tickets at the terminals at either end. With an Oyster card adult fares are from £3.30 and child fares are from £1.70 one way. You can book a return or a 360° tour – a non-stop return journey – by buying a 360° tour Boarding Pass at the ticket office from £7.80 per adult or from £4.80 per child. Paying with your Oyster card is 25% cheaper than paying cash.

You can also book a multi-journey boarding pass for 10 single trips on the Emirates Air Line for £16. And a private cabin can be hired (subject to availability) for a 360° round-trip with up to 10 passengers.

Journey time is less than 10 minutes one way, and the terminals are close to the Tube, DLR, buses and river boat services.

redeveloped Docklands area of London. It reaches north to Stratford, south to Lewisham, west to

Tower Gateway and Bank in the City of London financial district, and east to Beckton, London City

The London Overground (LO) is a suburban rail network in the United Kingdom. It serves a large part

of Greater London and parts of Hertfordshire, with 112 stations on several routes. The network is

of Transport for London (TfL). The Overground is coloured orange on the Tube map.

Ticketing is a mix of paper, Oyster Card electronic smart card and contactless payment cards. As with

all National Rail and TfL services in London, passengers can use a Travelcard (daily, seven-day,

monthly or annual); as on other National Rail services in London, paper single, return and cheap day

return tickets priced under the zonal fare scheme are also available. In addition, Oyster and