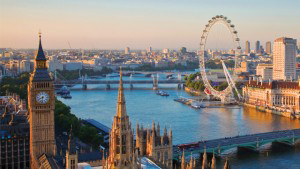 London’s vociferous mix of grandeur, history, style and culture seems to get more enticing by the year. It charms with leafy Royal parks, free world-class art galleries and frothy ale amid wood-clad pubs; it intrigues with ancient streets and grand architecture, and excites with the neon-lit West End, designer shopping and an innovative dining scene that has become one of the richest in the world.

The average London street transports you back centuries with its architecture, and across continents with its population. Brimming with iconic British emblems – the ubiquitous black cab; the Houses of Parliament’s soaring limestone peaks – London unites a colourful history and solid traditions with boundary-pushing creativity and true multiculturalism. Whether exploring one of its glorious markets or taking it easy in a soft green park, expect to see faces from all corners of the globe.

Culturally, London is breathtaking, with its galleries and museums among some of the most prestigious and comprehensive on earth. From the natural wonders housed inside the ornate, terracotta façade of the Natural History Museum to the cutting-edge artists pushing boundaries inside the Tate Modern, a staggering number of London’s cultural attractions are free.

London is a year-round city, whether strolling through its parks in the spring, enjoying markets and festivals in the summer, watching firework displays and sipping ale in cosy pubs in the autumn, or Christmas shopping, ice skating and beautiful carol concerts in December.

London is also always crowded, but slightly less so in spring and autumn and outside school holiday times. Summer weather can never be relied upon, however. Sunshine does happen, but exactly when the sun decides to come out between April and September seems to change every year. No matter what time of year, waterproof clothing could certainly come in handy.